Miami, FL, March 31, 2021 – Atlas Renewable Energy, an international renewable energy developer with operations across the Americas, was awarded Latin America Sponsor of the Year by Proximo Awards on March 30, 2021, for its overall performance and commitment to accelerate the region’s transformation toward 100% clean energy. The company also took home the Latin America Solar Deal of the Year Award for its New Juazeiro Financial Deal, an innovative financing solution that comprises the construction of the Jacaranda solar plant in Brazil.

These two awards reiterate Atlas Renewable Energy’s great achievements and fast growth in the region. Recently, the company was also ranked as the top clean energy developer for Corporate PPAs in Latin America according to Bloomberg NEF’s 1H 2021 Corporate Energy Market Outlook, as well as occupying the sixth place globally with over a half of gigawatt contracted for private offtakers in the region.

Latin American Deal of the Year

Atlas Renewable Energy’s New Juazeiro Deal has been awarded Latin America Solar Deal of the Year for its unique pioneering financial structure marking the first time a Brazilian solar project has been fully financed in US dollars. This forward-thinking deal was possible through the collaboration with IDB Invest and DNB Markets, two great allies who have helped transform Latin America’s energy industry into a cleaner and more sustainable business. The deal also counted on the expert advice from White & Case and Machado Meyer Law Firms.

“We are very honored and proud to be awarded Solar Deal of the Year,” said Michael Shea Head of Structured Finance at Atlas Renewable Energy. “We’d like to thank IDB and DNB Markets for their support in creating such an innovative financial structure that will certainly prompt other international investors to see the opportunities that are not only offered in the Brazilian market, but in Latin America in general.”

“With this, we hope to continue exploring unique, tailor-made solutions to make clean energy attainable for large energy consumers in the Americas and continue building a more sustainable future for the region in alliance with reputable financial institutions that see Atlas Renewable Energy as a trusted and capable partner,” Michael added.

The New Juazeiro deal will finance the construction of Atlas Renewable Energy’s Jacaranda solar plant located in the municipality of Juazeiro, State of Bahia, Brazil. The project has been contracted under a Corporate PPA with the Brazilian subsidiary of Dow Chemical to provide clean energy to one of Dow’s largest production sites in the country. The plant has a capacity of 187 MWp and will generate about 400 GWh per year, which is enough to supply power to a city of over 75,000 inhabitants and will avoid approximately 35,000 metric tons of CO2 emissions.

Sponsor of the Year

Atlas Renewable Energy was also recognized as Sponsor of the Year due to the company’s notable growth in the region, accelerating the adoption of cleaner sources of energy and the relevance of the agreements signed during the year with major corporations in the mining and chemical sectors. These collaborations allowed Atlas to grow and double its capacity of contracted projects to 2.2 GW, of which a large portion have been enabled through corporate PPAs with private offtakers.

Furthermore, during 2020, Atlas Renewable Energy secured important financial deals in partnership with reputable institutions such as IDB Invest and DNB Markets to finance projects in Brazil, Mexico and Chile.  Most of them fell under the company’s Green Finance Framework sponsored by DNB Markets – a testament to Atlas’ commitment to developing projects that protect and preserve the environment while adhering to the highest standards of social engagement.

In collaboration with IDB Invest, Atlas developed one of its most ambitious social initiative: the female workforce program “We are all part of the same energy” in which the company is committed to train almost 700 women in the communities close to the company’s sites under construction and has established the target to hire 4 times more female labor during the execution of these projects.

“Apart from thanking Proximo for such recognitions, I would like to congratulate our team for their motivation to always strive for excellence; and recognize the financial institutions that have worked with us for not only partnering with Atlas in finding innovative financial solutions for our projects, but for also becoming our allies to earnestly address social issues and promote high standards and sustainable practices,” said Javier Barajas CFO of Atlas Renewable Energy. “It is a great honor for us to receive this award and hope it serves as evidence of Latin America’s thriving renewable energy market.” 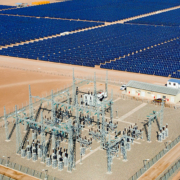 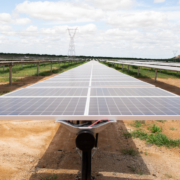 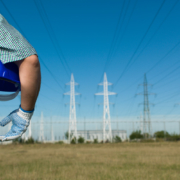 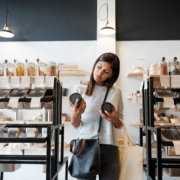 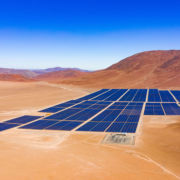 Why are large mining companies embracing Solar Energy?
CARBON PRICING IS INEVITABLE – DON’T BE CAUGHT OUT