In recent years, reducing carbon emissions at the pace necessary to mitigate the impacts of climate change has emerged as a key challenge for policymakers around the world. While there are several approaches, one – carbon pricing – is gaining in popularity, and the indicators show that it will soon be widespread.

WHAT IS CARBON PRICING?

In short, carbon pricing is a means by which carbon pollution is given a cost that is then passed on to CO2 emitters through a tax or fee. It’s a simple economic principle: making something more expensive discourages its use. The idea behind carbon pricing is, at its heart, to give companies a financial incentive to lower their emissions.

The most basic form of carbon pricing is a carbon tax, which is a fixed levy per ton of CO2 equivalent (tCO2e) on the amount of carbon dioxide produced. Other initiatives include emissions trading systems (ETSs), which create a market in tax credits so that emitters can trade emission units with non-emitters. Meanwhile, offset mechanisms allow emitters to avoid carbon tax if they make parallel efforts to remove carbon elsewhere from the environment.

For its proponents, carbon pricing is the most efficient approach to cut emissions, as it immediately encourages cutbacks on any activity that emits carbon, and forces innovation of less-polluting alternatives. Set at the right level, a carbon tax on energy would quickly create an economic preference for natural gas, for example, over oil and coal, and for renewable energy over fossil fuels, thus driving forward the clean energy transition around the world.

That isn’t to say that everyone agrees with the concept. In many countries, from the United States to Australia and beyond, carbon tax proposals have been met with opposition. However, the number of jurisdictions that are putting a price on carbon, either via a carbon tax or through an ETS, is growing. Today, 46 countries and 32 subnational jurisdictions have implemented carbon pricing initiatives, up from 42 countries and 25 subnational jurisdictions in 2017. These include most of Europe, China, Canada, and South Africa, as well as the U.S. state of California.

In Latin America, carbon pricing initiatives are currently in their infancy. As we see in the following graph, Mexico, Chile, Argentina, and Colombia already have carbon tax schemes underway, but they put a fairly modest price on each tCO2e of carbon – lower than Canada’s and South Africa’s and a fraction of the US$40-80 per tCO2e called for by the High-Level Commission on Carbon Prices to cost-effectively reduce emissions in line with the temperature goals of the Paris Agreement.

Because current climate change mitigation plans both in the region and globally still don’t add up to the emission-reduction levels needed to keep the global temperature increase below 2˚C, we believe that more and more governments will start to implement carbon pricing in the upcoming years and carbon taxes will most likely increase.

Although carbon pricing has a direct, negative impact on corporate polluters’ profits, an ever-increasing number of companies are calling for it, as growing pressure from investors and consumers drives them to start taking emissions reduction seriously.

In the US, the Business Roundtable (BRT), an association of chief executive officers from more than 200 leading companies, has endorsed market mechanisms, including carbon pricing, to advance action on climate change. Even oil companies, including ExxonMobil, Shell, and BP have called for carbon taxes to be implemented, while Spanish multinational Repsol has gone so far as to establish its own internal carbon pricing of US$25 per tCO2e for new investments, going up to US$40 per tCO2e from 2025 onwards.

In fact, around the world, about 1,600 companies currently use internal carbon pricing to prioritize low-carbon investments and prepare for future regulation, or anticipate doing so within two years, according to a survey carried out by the Carbon Disclosure Project, an international non-profit organization. In many cases, they are using the proceeds to fund emissions reduction efforts: Microsoft, for example, uses the revenue from its internal carbon fee to fund renewable energy and is aiming to hit 100% renewable energy usage by 2025.

In June 2020, Bernard Looney, the CEO of BP, more than doubled his company’s carbon price forecast to $100 for the year 2030, stating that he believes countries around the world will ramp up the aggressive transition away from fossil fuels toward cleaner alternatives by the end of the decade.

Therefore, for those companies who don’t already have their own internal carbon pricing initiatives, or who haven’t taken into account the likely impact of carbon taxes on their bottom line, it is clear that it’s time to take action.

THE COST OF CARBON PRICING

As the world’s largest emitter, the energy sector is the most impacted by carbon pricing. We’re already starting to see the commercial failure of thermal energy generation as a result. Most recently, a planned 450MW expansion of Bosnia and Herzegovina’s state-owned thermal power plant – financed by a €614 million loan approved by China Eximbank – was described by the European Union’s Energy Community Secretariat as an “economic disaster”, since it was planned against a carbon price of €7 per tCO2e, whereas the current price in the EU is €25.

Bosnia and Herzegovina is not an EU member state and does not yet apply carbon pricing. However, the European Commission is now preparing a carbon border tax, which will apply to the Western Balkans as well, thus making the financial success of the plant untenable.

However, it is not just utility companies and power producers that will be impacted by a price on carbon. Any price increase related to power generation will inevitably be passed downstream to customers, raising prices that businesses – and households – ultimately pay.

The impact on large energy users

For energy-intensive industries, this presents a dual-threat. Chemicals manufacturers, textiles producers, and large industrial firms will not only be paying an additional tax based on their own emissions but will also be paying higher energy costs, as their electricity providers hike up prices to cover their own carbon taxes. According to a recent study by EY, the estimated impact of a carbon tax on overall industry production costs at a carbon price of US$25 per tCO2e will be an increase of 1.1%, with the bulk of this – 0.7% – made up by indirect costs, ie higher energy input prices.

Historically, studies have found that when the cost of energy comprises a larger fraction of the cost of production, companies find new ways to reduce energy costs, and this time will be no different. So far, 284 global brands, from ING to Unilever, AB Inbev, and the Kellogg Company have taken the step towards accelerating the transition to zero-carbon energy by committing to obtaining 100% of their power from renewable sources.

These companies can see what is coming over the horizon and are taking steps to reposition themselves. We believe this is a sensible decision: as the case of Bosnia and Herzegovina’s power plant shows, waiting until carbon pricing is implemented in their home nation may be too late, as decisions taken by other jurisdictions can very easily have a cross-border impact.

While initial conversations around carbon pricing framed it as simply a regulatory imposition, it has become clear that not only are corporations behind the idea of reducing carbon emissions but so, too, are the general public. In a recent international survey of over 10,000 consumers in France, Germany, Italy, the Netherlands, Spain, Sweden, the UK, and the US, fully two-thirds of consumers said they wanted to see carbon labeling on products.

As consumers around the world become more informed about the carbon footprint of the products they buy, and start to vote with their wallets, this isn’t a trend to be ignored. Fortunately, solutions to reducing reliance on fossil fuels are at hand. One example is through the power purchase agreement (PPA) structure, which means that corporate energy consumers can take advantage of better strategic energy sourcing decisions with the assistance of a knowledgeable and capable partner. This is the perfect opportunity to reduce the near-inevitable risk of carbon pricing initiatives on large energy users’ bottom lines. What’s more, in many markets, there are immediate cost savings to be had already, thanks to the competitive pricing of renewable energy.

Carbon pricing, in our view, is inevitable, but fortunately, there are many ways companies can prepare to ensure they’re ready when the time comes. 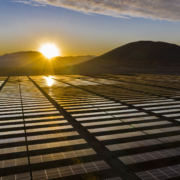 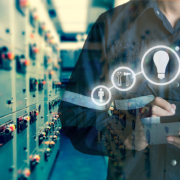 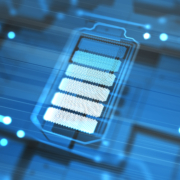 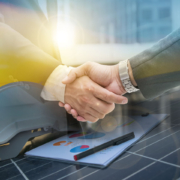 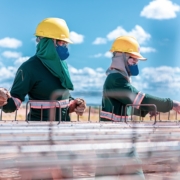 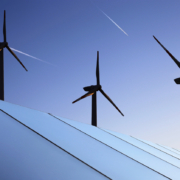 Atlas Renewable Energy Awarded LatAm Solar Deal of the Year and Sponsor of the...
Scroll to top