Atlas Renewable Energy was proud to hold the official inauguration of the Quilapilún Solar Plant, located about 40 km from the Metropolitan Region in the Quilapilún Alto area, in the Commune of Colina.

The plant is integrated into the Central Interconnected System (SIC) supplying and reinforcing the electricity supply in the Chilean capital, producing more than 110MW of clean energy that would avoid the annual emission of more than 100 thousand tons of CO2. With this inauguration, Quilapilun becomes the largest utility-scale project built near the Metropolitan Region of Chile.

The inauguration of the plant was attended by relevant government and industry VIPs, such as Energy Minister Andrés Rebolledo, Environment Minister Marcelo Mena,Intendente of the Metropolitan Region, Claudio Orrego, the president of the Board of Neighbors from Quilapilún Alto, Verónica Calderón along with other government officials, representatives of the Community and our team of Atlas Renewable Energy Chile.The Quilapilún project has more than 350 thousand photovoltaic panels distributed in more than 288 hectares.

Quilapilún marks a milestone in the development of renewable energy projects in Chile and has been a defining project for the establishment of Atlas Renewable Energy in the region as one of the most recognized companies in the renewable energy generation industry. It’s a great honor for the Atlas Renewable Energy team to be part of this important event in the history of renewable energy in Chile. Undoubtedly one of the most consequential moments of the ceremony was the review of Ms. Verónica Calderón, President of the Commune of Quilapilún Alto, where she described how the company was able to make the whole community participate in this project and how the project positively influenced the life of its inhabitants.

Similarly, and of notable significance, were the words of the Minister of Energy and theIntendente of the Metropolitan Region that both agreed on the uniquely differentiated management and execution of the project demonstrating the rigor, commitment, respect and high standards of Atlas Renewable Energy to comply with the established regulations and care of the environment.

This ratifies our company’s culture: excellence is a rule, being able to create a clean and sustainable energy for the good of our planet through the perfect harmony and the work with local authorities and the community. 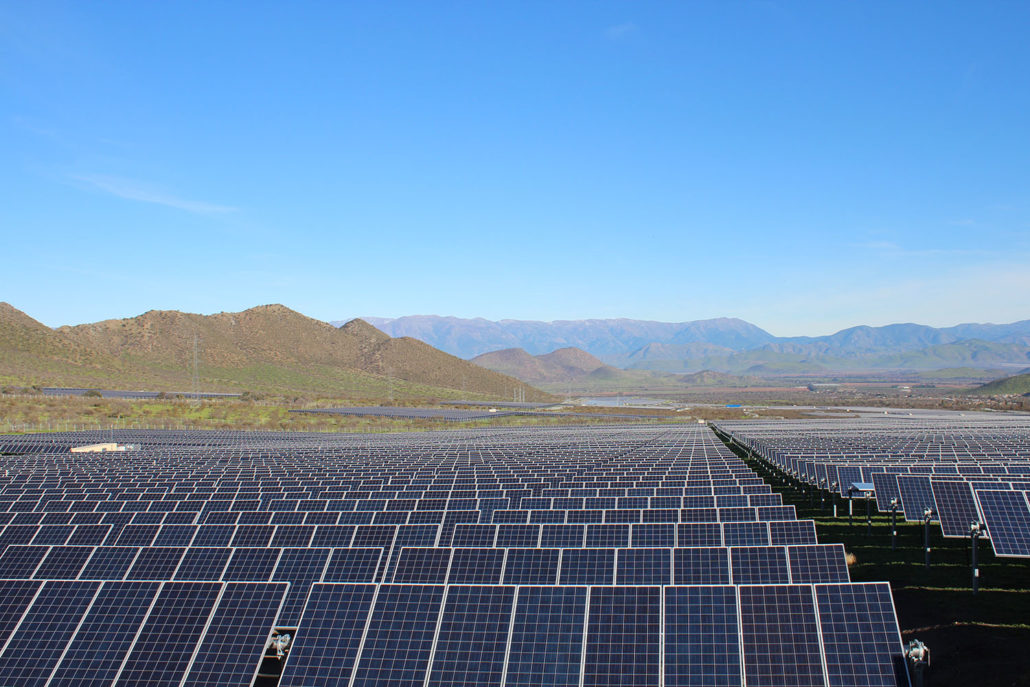 Minister of Energy of Chile, Mr. Andres Rebolledo addressing the public at the Ceremony of Inauguration of the PV Plant Quilapilun. 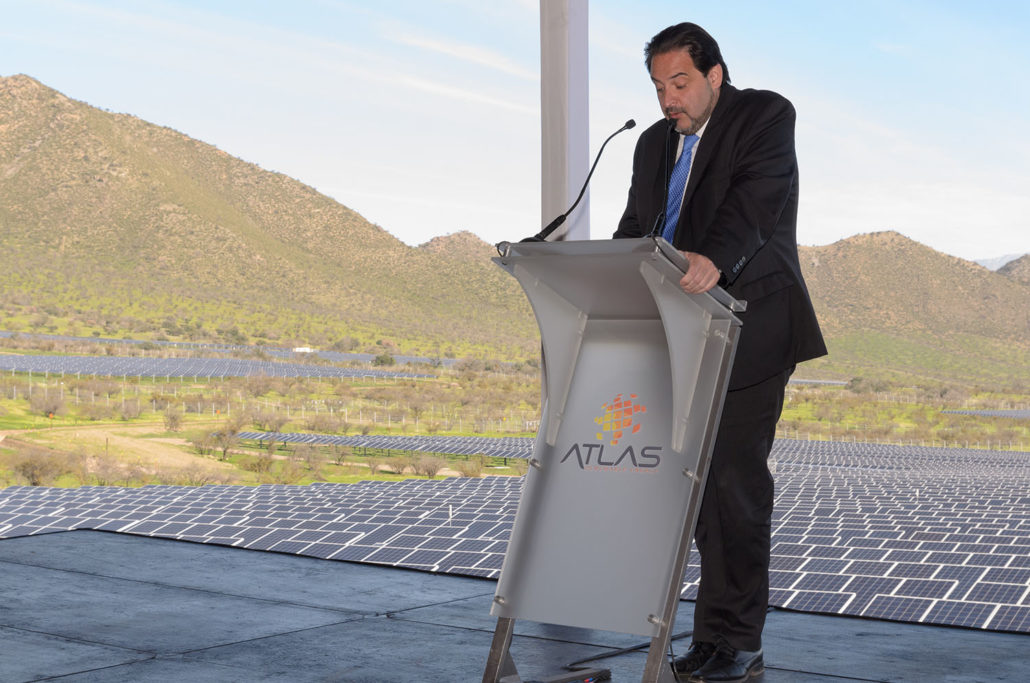 Alfredo Solar, General Manager of Atlas Renewable Energy Chile addressing the public at the Ceremony of Inauguration of the PV Plant Quilapilun. 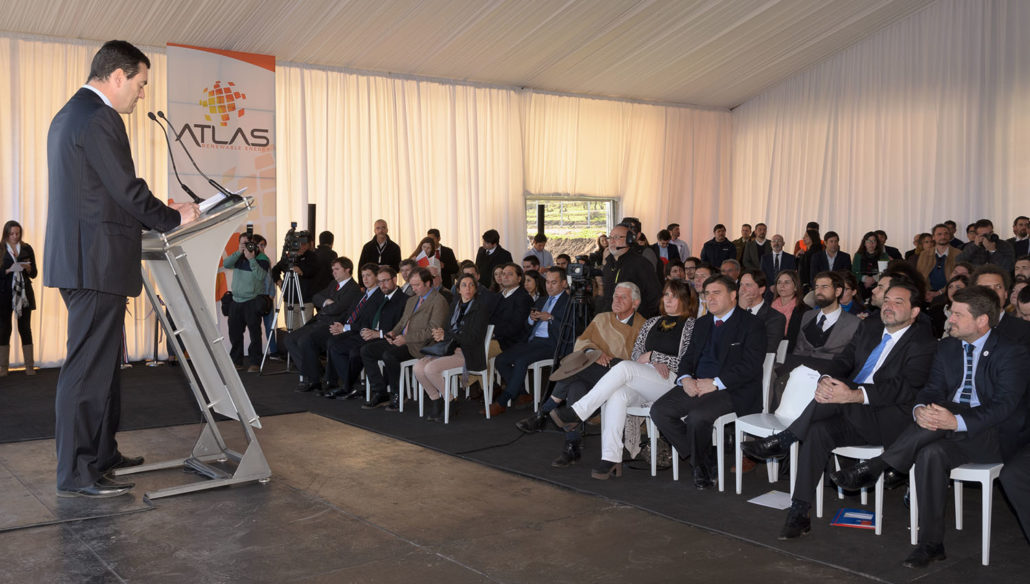